I was working as an assistant director for the Starplus show “Veera” and a new character was introduced, which happened to be played by Keerti  Nagpure. Believe it or not, I was flattered by her simple look, the time I saw her. Being an assistant director, it was my job to hand over scripts to artist and explain them the scenes before they come on the set. I ended up finding excuses and devoting most of my time around her makeup room, while another assistant handled remaining artist. I strictly told sanchit (assistant), if she asks for anything or inquires about script or scene let me know about it. And soon, each and every one on the set knew about my liking for her, she too.  I used to escort her on the set and was very happy being seen out with her. I hated makeup men most, whenever they touched her face. I wished if I were a makeup man I could have touched her face but unfortunately I can’t. The hairdresser Heena pointed to a wig lying near the makeup room which happened to be Keerti’s. I just brushed my fingers through it, assuming it to be real hair of her. 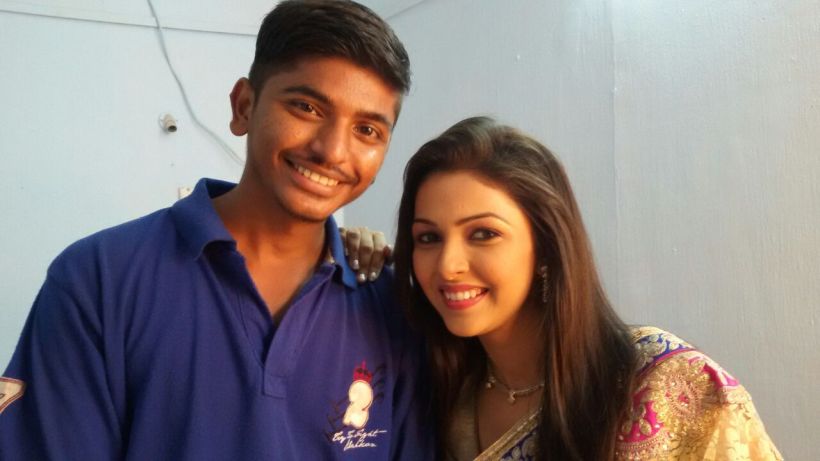 I was fed up with the ongoing rivalry between Veera and Gunjan (off-screen) and they  never worked together and getting a dupe ready was really a pain in the ass. A month before I was due to leave the show, I ogled at her as much as I can, who was a stunning beauty. One evening it rained heavily and it was outdoor shoot. She held up her shower from one hand and in other hand were the scripts. As usual, I was escorting her with my umbrella above her, saving her in all possible ways through the swirling muddy water.  She had the power to draw me to her like Iron filings to a magnet. How was it that I had not noticed her before on television or in newspapers? She was more beautiful without compare, makeup and perfume. Her voice sounded like a pleasant tune. It was a completely one-sided affair, pouring my heart out to her without expecting anything in return. Though I wanted to ask her out for coffee, but had no guts to do so. On my last day my eyes were brimmed with tears. For the last time I saw her, I was full of gratitude and fulfilled. She was only the rose in the desert of my life. When the show was about to go off air, I had sent her a letter through sanchit, which I wrote at two’ o clock at night and a novel with it “The weight of water.” Her beauty of simplicity puts her in a class apart from any other actress in my life. The only thing about her I am left with is, her Photograph resting her right hand on my shoulder.